Yamaha Drums (Yamaha commonly called) is a division of Yamaha Corporation, which specializes in the production of drums and percussion. Active since 1967, one of the most recognized names in the field of percussion and is supported by important endorser in the world. Yamaha also provides classical percussion such as timpani, marimba, xylophone, vibraphone, tubular bells, glockenspiel, and electronic drums.

Its products are manufactured primarily in Osaka, Japan, Indonesia and some manifatturazione processes are carried out in China. In 1987 he purchased the Premier, action which allowed Yamaha to establish itself in the soil of Europe in 1992 but has allowed the company to return to English independent, selling their shares.

Sort by
Display per page 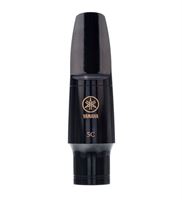